Guide to Starting the Atkins Diet

Starting the Atkins diet is a big step, but easier than you might think. The diet itself is divided into four phases:

I’m going to focus just on the Atkins induction diet in this article so that you can become very familiar with this critical first stage.

The induction phase is important when starting the Atkins diet because it gets your body turned around so that it burns fat instead of carbohydrates. 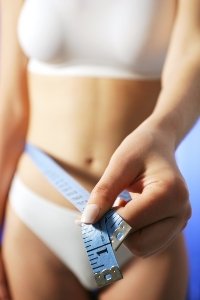 How the Atkins Diet Works

The Atkins diet works by shifting your metabolism from carb burning to fat burning. During Atkins diet week 1, called induction, you reduce carbs drastically and focus on high protein foods. The carbs you do eat come from leafy green vegetables and other vegetables that are low in starch.

What to Expect During the Induction Phase

When you first start on the Atkins diet, it’s common to feel hungry, cranky, or a bit out of the ordinary for about 48 hours or so. Don’t worry; things will get better quickly as your body goes into ketosis and switches over to burning fat.

If you’re used to eating three meals per day then keep doing that, but think about having four or five smaller meals if that is easier. Never skip a meal and don’t go more than six hours (while awake) without eating.

The Atkins diet induction menu can cause constipation or other discomfort, so drink lots of water each day, at least eight glasses containing eight ounces. Cut back on caffeine, too, because it can cause you to crave sugar – a huge no-no on the Atkins induction diet!

(See how I followed these 12 basic instructions that kept me on track during the Induction Period).

How to Start the Atkins Induction Diet

The first step – and if you’re anything like me, the hardest – is to go through your cupboards, cabinets, pantry and refrigerator to get rid of anything that is not allowed during the Atkins diet induction phase. The best way to stand up to temptation is to avoid it altogether – run away from the carbs, as fast as you can!

Now take out the list of permitted foods and work from there. Carry a copy around with you everywhere so that you can always know what is and what isn’t allowed during induction. Look for sources of Atkins induction diet recipes from e-books, web sites or other reliable sources.

Tell Your Friends What You’re Doing

Why? To keep them from inadvertently tempting me with foods that weren’t allowed. No invitations to go out for ice cream, no meeting up for Friday night beer and pizza. I still saw my friends and spent time with them; I just asked them to help me by planning activities that did not center on forbidden foods.

When I was starting the Atkins Diet I found it really amazing just how much my friends cared and that they were really rooting for me to be successful. They went out of their way to support me during the difficult Atkins induction diet phase, and a few of them even joined me along the way. Try it for yourself and I think you’ll be happy with the results!

Read these articles for additional insights on how Atkins works and how to jump start the Atkins diet.