Genuine Atkins Diet testimonials are probably the greatest advertisements for the program there are. That’s why I’ve put together some quotes from people who have actually tried the Atkins Diet plan and been happy with their results.

There are plenty of studies and research reports out there, but nothing gives you a sense of what this low carb diet is about better than these Atkins diet testimonials and success stories of people who have actually used it.

I’m Kevin, and I’ve lost weight and kept it off for quite a while now, but my story is mentioned in some other articles. I want to introduce you to some other people who have improved their lives and their health with the Atkins Program.

"Hello I just started the Atkins diet.I am on day day 5 and already lost 6lbs without doing exercises. This is the diet for me because i am a carbohydrate junkie. i was amazed that after the second day I had cravings for sweets,breads.pastas ect. And I was not hungry at all.

My kids and husband are so happy for me and are taking this diet serious this time and are finally on board and supporting me on it.My goal is to loose 30lbs starting out once I reach that goal then my next goal is to loose 20 more pounds.

My starting weight is 198lbs I will update my progress at the end of April..Thank you Atkins for making this a possible goal for me."

"I started the atkins diet 15 months ago. ive lost 136 pounds so far. 4 more pounds I reach my goal of 200 lbs. I was 340 lbs. im currently 204 lbs. it works I feel great. but you should exercise. the diet works a lot better start slow. you will get there be positive and stick to it." 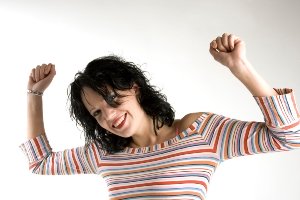 Rachel was a Type 2 diabetic who was about 70 pounds overweight when she started the program a year ago:

“I tried the Atkins Diet after a friend lost weight with it. I had asked my doctor about it, and he supported me 100%, because he said my weight was making my diabetes much worse, and he was worried about my heart.

The Induction Phase was a big adjustment because I loved Krispy Kreme donuts, cakes and all kinds of sweets. But I realized after about a week on the diet that I wasn’t really craving them anymore! Instead, I reached for some hard cheese or raw vegetables at snack time and felt really satisfied.

The best part for me was when I realized I could fit into clothes I hadn’t worn in years – and I looked great! But my doctor is happiest about my blood sugar, which has stabilized so much that I don’t have to take medication any longer for my diabetes. In fact, he told me that if I stay on the Maintenance Program from now on, I may never need medication again! I’m healthier, better looking and happier. I love the Atkins Diet!”

Pretty good testimonial, huh? What the Atkins Diet did for Rachel it can do for you, too. I also talked with a man who tried the Atkins Diet after his wife talked him into it. Here’s what Ted had to say:

“I’m not a diet person, and my wife knows that. So when she asked me to try Atkins, I was pretty skeptical. Who wants to eat diet foods all the time, right? But when I read the book, I was shocked – meats, cheeses, eggs? That’s not a diet – that’s guy heaven! So I gave it a shot.

It was awesome to lose eight pounds in only two weeks, and then lost two to three pounds a week after that. It got me psyched – I started to walk every day, then running. Now I run two miles every morning because I have so much energy and feel so good at my new weight.

I just had a check-up, too, and I was surprised to hear that my bad cholesterol had dropped by almost 15 points. Not bad for someone who wasn’t even working on their cholesterol, huh?

Would I recommend the Atkins Diet? Absolutely! And it doesn’t hurt that my wife loves my new look, either.”

Ted wasn’t worried about his health when he started Atkins – he just wanted to lose some extra pounds he was carrying around. But he was glad to hear that his Atkins approach helped his health, too.

Finally, there is Renee, who put off using the Atkins Diet until she’d tried all the others:

“Grapefruit diet, starvation diets, liquid diets…I’d been on them all in the past. I hate to admit it, but I usually went on a crash diet a week or two before a big event just so I could look good for that ‘special weekend.’ The down side was that the weight always came back, but I just couldn’t stand the thought of starving the rest of my life to keep the weight off.

The Atkins Diet was about my tenth try, and the weight did come off quickly. But the cool part is the separate ‘maintenance phase.’ It’s so easy, and I don’t feel like I’m dieting at all – it’s more like just eating healthy. The foods I eat are great, and the weight never came back. Now I know I can stay thin from now on. No more crash diets for me – Atkins got me where I wanted to be, and now it’s keeping me there!”

"I was overweight of course and tried other diets that didn't work. I thought I would give the Atkins diet a try and boy was I surprised at the results!!! I lost 25 lbs. in 2-1/2 months and went down three dress sizes! This diet really works!" - Jean M

"I am on day 11 of my Induction to Atkins and Ive already lost 9 pounds. Contrary to what Ive been told, this is one of the easiest diets Ive every been on. Being a single mother of two I have to be very thrifty when it comes to the food budget. Atkins allows me to make my meals out of what I make for my family ( minus the carbs of course). Thank you Atkins for helping this life-long weight struggler get a new perspective. This is not my diet, its my new way of life!!!" - Angie F.

"My bf and I have been together for 8 years. We have both struggled in our own ways with up and down weight loss. Last Christmas I just said to him that our relationship was done. I had previously talked to him about the unhealthy lifestyle we were leading and where it was going, and my need to want to change it. I got the "ya ya" . I had talked to him about Atkins over the last year and as I'm not a sales person for it, I explained it wrong. He got all defensive and bitched about it and how it would'nt work...I felt he didn't even google it, he didn't look into it, he just didn't care.... At that point I had enough...he was 400 lbs, heavy smoker, and had habits that were so unhealthy it was stupid, I gave up on him, and our relationship..... After 8 years it was over..... I moved on, and he didn`t want to accept that it was over and that I had enough....He calls me a few months later and tells me that he`s doing ATKINS and that succeeding in it...I`m so happy for him that hes finally seeing what is best for him and his health.... I step on my own scale and I`m disgusted...my own weight has ecsladed out of proportion... I start to talk to him about Atkins and what hes learned and what we can do together..... We are now engaged, I have lost 45 lbs and he has lost 185 lbs....Thats not a typo!!!!!! he was 400lbs and hes now 215!!!! Its rediclous I know but it is what it is and we are who we are!" - Tracey

"This is the the best eatin plan ive been on you cant even call it a diet its amazing,,i used to just live on carbs..i adapted quickly to this change of eating and now wanna stay on it for another 6 months..i lost 50 pounds in 6 months exercising an hour a day i can do aerobics but find it to hard to do weights i fatigue to quick but im still enjoying it.. my weight loss has slowed down now to about 2 pounds every 3 weeks but its still comin off i wanna lose another 14 pounds and i know i,ll get there with this amazing low carb way of life.." - Demi O.

"I started atkins on 1/21/12 and as of 5/30/12 I have lost 40lbs. My weight when I started was 227 and my current weight is 187. The diet has been great for me because my doctor recently suggested that I might have a gluten allergy. I do not feel deprived and have learned over the course of time what creative dishes I can make and enjoy. I hope to be really close or at my goal weight in the next 3 to 4 mo." - Becky

After reading these three Atkins diet testimonials, isn’t it obvious that it’s a plan that can work for almost anyone?

Please send me your Atkins Diet testimonial. You can submit your comments about your success with the Atkins diet using this submission form.