The Amazing Success Rate of the Atkins Diet

The success rate of the Atkins Diet is one of the highest of all the popular diets around. Although it seems counter to what you may have learned years ago about dieting, the millions of people who have succeeded on it are proof that it works.

Recent studies have shown that the majority of people on the Atkins Diet plan lose weight faster than those on other diets. They also lose more weight at the three and six month points than those using more traditional weight loss methods.

The Success Rate of the Atkins Diet Compared to Other Diets

Most studies comparing Atkins and other diets have shown that Atkins users lose about twice as much weight as those on your typical low-fat diet (which usually relies heavily on carbohydrates to round out your daily caloric intake). In fact, lots of people on the Atkins plan ate more calories than other dieters, but still lost more weight! This was one of the main reasons I decided to try Atkins myself. It kept me more motivated because I could see results relatively quickly.

Those same tests showed that other factors that make a diet successful were positively affected. Many dieters had a drop in cholesterol levels, and there seemed to be no adverse health affects. Blood pressure went down in about 50% of the Atkins users, and in almost all cases blood sugar and insulin levels stabilized. 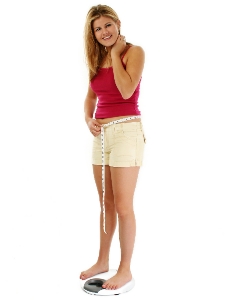 In one of the most widely published studies, Dr. Eric Westman of North Carolina’s Duke University, said, “In just four months on the Atkins Diet, we were able to confirm scientifically what Dr. Atkins states he has seen in his practice over the past decades. The diet lowers cholesterol and triglycerides and raises HDL... which may represent an entirely new approach to the control and prevention of heart disease.”

About Maintaining Your Weight for Life

But the success rate of the Atkins Diet is also determined by how many people use it to keep the weight off once they’ve reached their goal weight. Because there is a built-in “Maintenance Phase” with the Atkins program, it’s easy to adapt your eating patterns to ensure you don’t gain any weight back once you’ve reached your ideal weight.

The statistics about the success rate of the Atkins diet just don’t lie – with a much higher success rate at three, six and twelve months, it’s pretty clear to me that most people can follow the Atkins program fairly easily – otherwise they wouldn’t have stuck to it for so long. Add to that the higher amount of weight loss, and you have a recipe for success.