Are There Any Atkins Diet Health Risks?

Are there Atkins Diet health risks? I did some research and it seems it all depends on which studies you read and who did the study. There have been numerous charges that there is the chance of developing health problems on the Atkins diet, yet there are also millions of people who claim that the Atkins approach actually improved their health. How do you decide which claims are accurate?

One of the problems with many studies is that some people who believe they are sticking to the Atkins diet are actually ignoring an essential element of being on the program – balanced nutrition. The studies done by independent researchers into possible Atkins diet health risks often note that some people on the diet develop nutrient deficiencies by severely limiting carbohydrate intake and eating more proteins and fats. This is troubling, because the Atkins Diet – if followed properly – ensures proper nutrition by advising not only eating plenty of vegetables and lean foods, but making sure you take supplements such as fish oil and multi-vitamins. 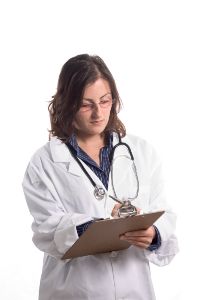 Gout - This painful inflammation of the joints is caused by the build-up of uric acid. Generally only those already prone to this arthritic condition or who already have it develop a problem. One way to avoid it is to keep plenty of vegetables in the diet and avoid fattier meats. (Read more about the Atkins diet and gout in this article.)

Headaches or Dizziness - These aren’t really health risks so much as temporary annoyances. They are generally only felt during the first few days of induction and mean that your body is adjusting to loss of carbohydrates. Just like stopping any addiction, these temporary side effects of the Atkins diet just indicate you are getting it “out of your system,” and aren’t an indication of a lasting problem.

Muscle Loss - This is another common misconception. Some researchers claim that ketosis actually burns muscle as much as body fat. If, however, you are exercising regularly and aren’t starving yourself, body fat is the first thing to be burned during ketosis (the process of your body converting food to fuel). It is only when you are literally keeping your calorie count too low (which you are never supposed to do) that you may lose some muscle.

Heart Problems or High Cholesterol - There are conflicting opinions on this potential health risk. In fact, some studies have shown that many people who are on the Atkins Diet actually develop lower cholesterol. Why are there conflicting reports? Part of this could be a result of a number of variables, but many researchers who have followed Atkins dieters for as long as a year later found that cholesterol doesn’t go up significantly in users. There is also a distinction that needs to be made between good cholesterol and bad cholesterol. In most Atkins users, bad cholesterol will drop and good cholesterol may increase.

Osteoporosis - This is a possible long-term result if you maintain the Atkins lifestyle for a long period of time. But again, it is only a result if you don’t take the precautions recommended by Dr. Atkins. Eating too much protein can leach calcium from the bones of some people, especially post-menopausal women. Dr. Atkins suggested always taking a calcium supplement and be moderate in protein consumption to safeguard against this Atkins diet health risk.

Get Your Doctor Involved

Most Atkins Diet health risks result from a lack of understanding. The Atkins program is low carb and balanced, but many people think of it as “low carb and high fat.” If you follow the real Atkins guidelines and have your doctor involved with the program, you should be able to use this revolutionary diet with few or no problems. (Read Why Some Doctors are Against the Atkins Diet)

(Make sure you read my articles on the connection between the Atkins diet and diabetes, high blood pressure, lymphedema, hair loss, infertility, diarrhea and other controversies.