Possible Harmful Effects of the Atkins Diet Still Being Debated

After reading lots of studies and doing as much research as I could on my own, I’ve discovered that there’s no real answer to this criticism! Some doctors feel that the negative side effects of the Atkins Diet are real and can cause serious problems. Just as many others say that the Atkins plan is not only safe, it’s a healthy, sure-fire way to improve your overall well-being because it has positive side effects.

How can opinions on the positive and harmful effects of the Atkins diet differ so widely in the medical and scientific communities? Part of the problem is that the Atkins Diet plan is relatively new – there is no second generation yet to study for long-term results. The studies done so far have been limited and not everyone using the Atkins Diet continues on the low carb eating lifestyle for the long haul. Add to all of this the difficulty of comparing different diets, especially when many people who are trying to lose weight begin with health issues related to obesity, and you have a hard time getting a clear picture.

The overall consensus, as far as I can tell, is that there is no proof of any lasting, damaging harmful effects from using the Atkins Diet. There are some troubling side effects, it’s true. But they aren’t life-threatening or really dangerous. Here’s what I could uncover: 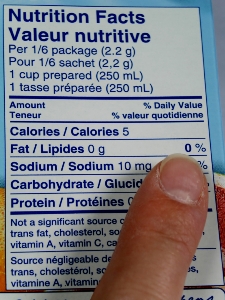 Lipid levels of bad cholesterol actually go down in many people using the Atkins Diet. Doctors are still debating whether this is tied to the low carb diet or to the weight loss itself.

On this issue, most doctors are united – the earlier version of the Atkins Diet (1970’s) allowed too much animal fat in the form of foods like beef, bacon and other fatty foods. Dr. Atkins more recent plan, outlined in “Dr. Atkins’ NEW Diet Revolution,” allows that meats should be leaner and should rely on poultry and fish when possible. It’s encouraging to me that over the years, Dr. Atkins was consistently updating and improving his Diet Program as new information was discovered.

About Headaches and other Discomforts

Headaches, constipation and a touch of nausea are genuine side effects about half the people beginning the Atkins diet feel during the first week. These are only temporary and, doctors agree, are a reaction to reducing carbohydrate intake and cutting caffeine out of the diet. Fortunately, none of these are permanent or harmful effects; they will usually stop within a few days after starting the Atkins Diet. The only one that may bother you longer is constipation, but a good fiber supplement can alleviate the problem with no lasting ill effects.

About Using Atkins if you have Diabetes or Kidney Disease

I agree with most doctors on this one – don’t try this diet without thoroughly discussing any possible harmful effects of the Atkins diet with your own doctor if you have any kind of health problem, especially diabetes or kidney disease. Because your blood sugar and insulin levels will be directly affected by the diet, you absolutely have to get your doctor on board with the plan and you have to monitor yourself carefully. In fact, if your doctor says the plan isn’t right for you, listen. Some diets are simply too restrictive for those with health conditions that require regular treatment. Making the right choice is about your health, not just your weight.